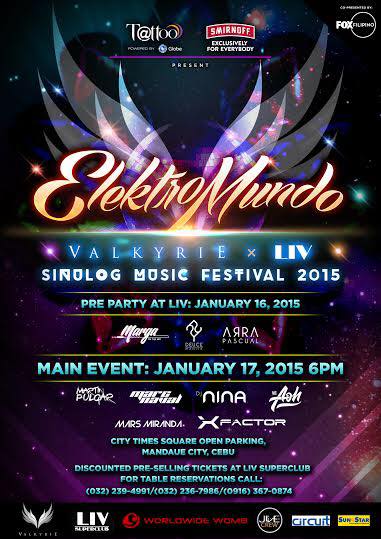 This year the biggest electronic music festival tour moves to the open parking lot of LIV SUPER CLUB – the hottest dance venue in Cebu. In collaboration with the country’s undisputed biggest and #1 superclub in the country – Valkyrie Nightclub at The Palace Manila. Expect it to be one crazy night!

8 Reasons Why You Should Travel To The Philippines This 2015